A lover of Philly sports teams and cheesesteaks, Pastor Drew Dinardo grew up in South Jersey near his favorite city, Philadelphia.

He became a Christian in 1988 after two months of attending church with a “girl” who invited him to church (that friend is now his wife, Kristie). After one year of discipleship with Kristie’s family, he began attending Philadelphia College of Bible (now Cairn University) and graduated in 1991 (the same year he got married).

He later began serving as youth pastor at First Baptist Church and went on to receive an M.S. in Christian Counseling. In 1999 he converted to Presbyterianism and began interning at Tenth Presbyterian Church in Philadelphia and served as a Pastoral Assistant for 3 years, under his mentors Philip Ryken and Rick Phillips. In 2003 he followed Dr. Phillips, to First Presbyterian Church of Coral Springs.

He finished his Master of Divinity in 2007, was ordained, and after Dr. Phillips accepted a call in South Carolina, Dr. DiNardo was called to be Senior Pastor of FPC in 2008. He served as Senior Pastor for 12 years. During this time he also received his doctorate from the Ligonier Academy of Biblical and Theological Studies. Drew and his wife, Kristie, have four daughters: Sophia, Gabrielle (married to Tarik Harb), Rebecca, and Andreya. 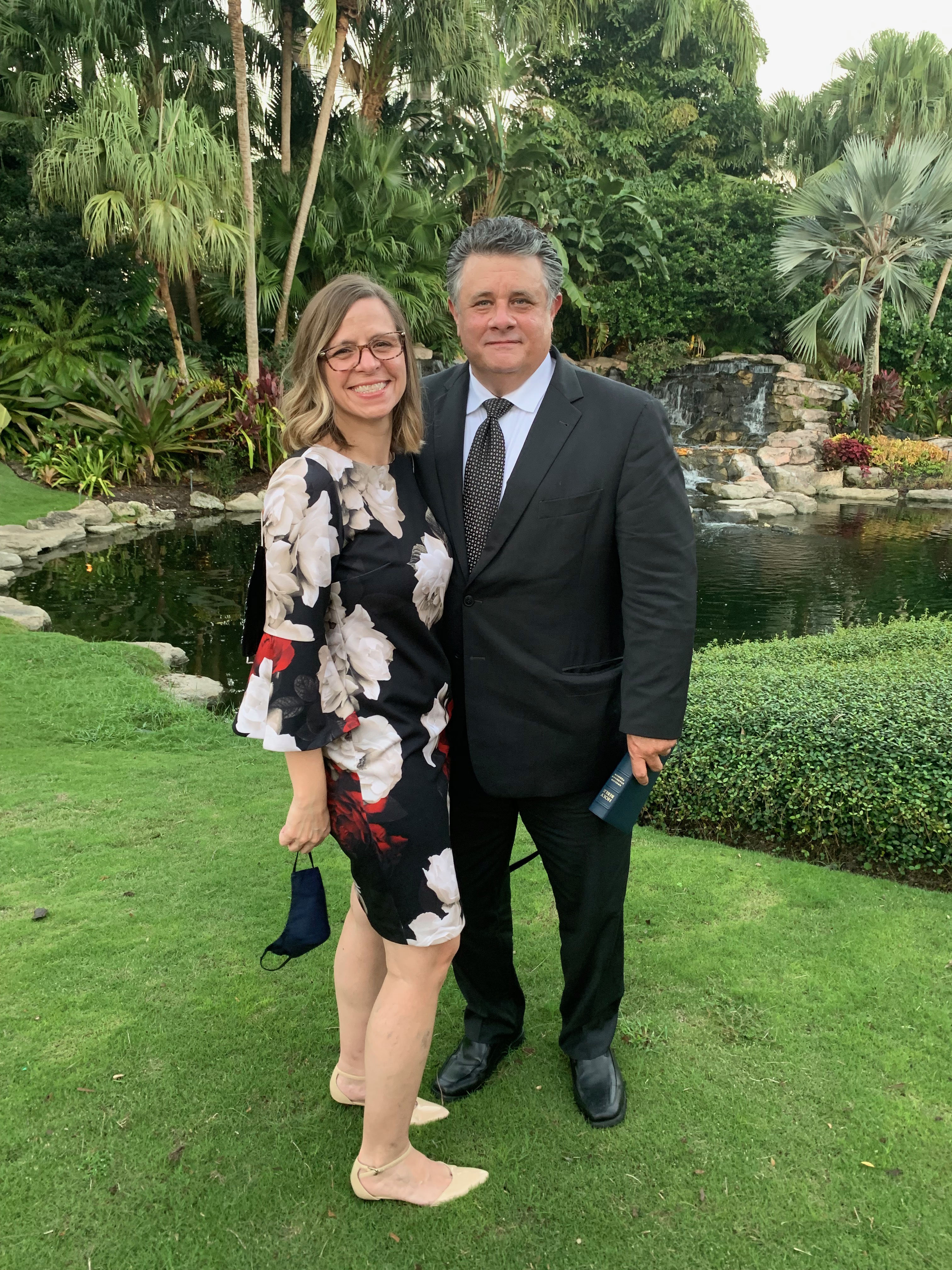 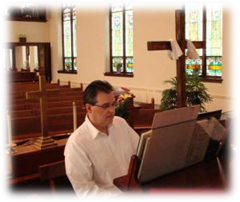 Doug is a graduate of Philadelphia College of Bible (now, Cairn University) with a Bachelor of Science in Bible and Bachelor of Music in Piano Performance and Vocal Performance, studying with Dr. David Shockey (voice), Dr. Sheila Threlfall (piano), Dr. Roy Brunner (organ) and the late Dr. Samuel Hsu (piano). Post-graduate studies followed at Westminster Choir College (Princeton, NJ) where he received the Master of Music degree in Organ Performance as a student of Mr. Robert Carwithen.

Previously, he has held positions as organist of Great Valley Presbyterian Church, Malvern, PA, Associate Organist of Tenth Presbyterian Church, Philadelphia, PA and adjunct faculty (organ, literature, hymnology, service playing, etc.) at Cairn University. Most recently he served at Evangelical United Methodist Church in New Holland. Doug is currently the president of Buch Organs in Ephrata, PA and Dean of the Lancaster Chapter of the American Guild of Organists. He lives in the Downingtown area with his wife, Joy.

Anita has worked at various companies as an Administrative Assistant, a position she enjoyed due to the variety of duties and everyday being different. After searching for a job for 8 months, she feels the Lord lead her  here. She knew many of the members prior to coming on board which makes the job so much easier. She looks forward to getting to know more people as time goes by. In her spare time she spends time volunteering with fundraising activities at Garden Spot Fire Rescue and also enjoys reading and working in her flower gardens. 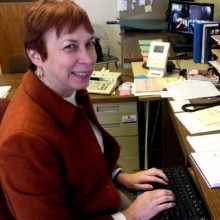 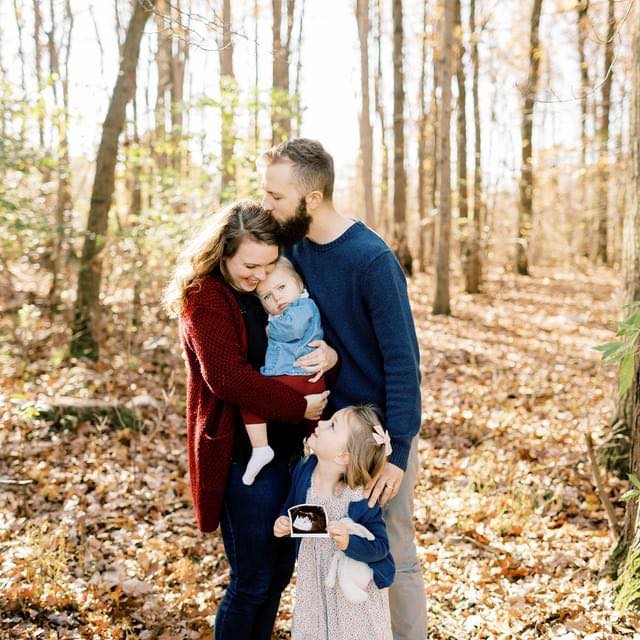 Nathan has been at St. Stephen Reformed Church since 2016. He graduated from Lancaster Bible College in 2014 with a BA in Biblical Studies and a BA in Worship Arts. He’s currently is pursuing his M.Div through Knox Theological Seminary and ordination in the PCA. As the Pastoral Assistant, he serves as the Youth Director, assists in St. Stephen’s worship services, and helps with the technology around the church.

He is the husband to Faith and a proud father. According to eye-witness reports from his 5-year-old daughter, Nathan can be found drinking lots of coffee, eating the ‘keto,’ and reading books. Nathan can neither confirm nor deny these allegations.

Faith started working at St. Stephen while pregnant with her first child, in the spring of 2016. After her third child was born with a rare genetic variant that caused severe epilepsy and other medical complexities, she choose to step away from her position as Children’s Ministry Director to focus on caring for her daughter, and family. In 2021, her daughter passed away at 2.5 yrs old, leading her family on a journey of healing and renewed faith in the Lord’s providence and graciousness.

After a few years away, Faith is excited to be back in her old position. She loves to create order, systems, and excellence in all that she does. She especially values teaching children the Word of God and helping build bridges for them to understand and love Jesus – in all aspects of their lives. She believes that children are whole people, capable of incredible things if just given the right environment and the right tools. She enjoys working alongside her volunteers, equipping them with all they need to teach and shepherd well.

Faith graduated with her Bachelor’s degree in Children’s Ministry from Lancaster Bible College in 2014. She has experience working in churches, Christian kids camps, retreat centers, and as a preschool teacher for a local classical school. From a very young age, Faith felt called to work with children in a ministry setting.

Faith currently keeps busy homeschooling her eldest daughter, chasing her toddler son, baking and cooking from scratch, gardening, canning, and taking walks around her neighborhood and in nature with her kids. Her family has a love for good books, and can often be found at their local library, reading on the couch, or listening to an audiobook. 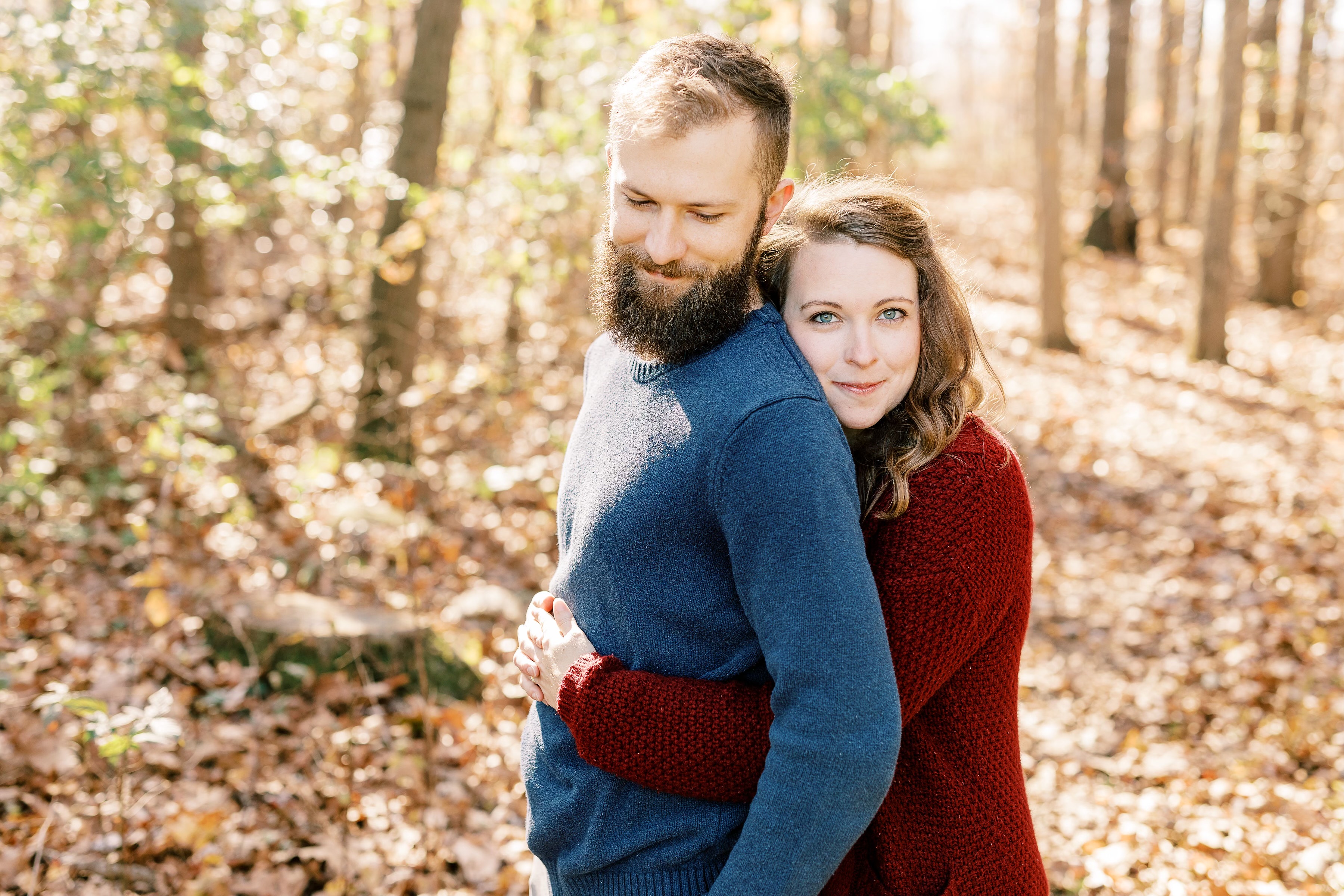 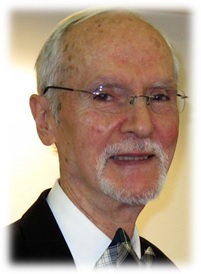 Dr. Sacks began his ministry as the assistant pastor to James Boice at the historic Tenth Presbyterian Church in Philadelphia. He and Pastor Tim worked together at Berith Presbyterian Church (now Springton Lake PCA) in Newtown Square, PA. Before moving to New Holland, he served on the pastoral staff of Proclamation Presbyterian Church in Bryn Mawr, PA. We have also been blessed by his musical gifts as he leads worship at our 10:30 service. He and his wife Marion moved to Garden Spot Village in 2014 and has assisted with music, preaching, and teaching since then.

Jocelyn Crosby is a concert flutist, freelance performer, and collaborative musician based in Lancaster, PA. She won third prize in the 2022 National Flute Association’s Alto Flute Artist Competition in Chicago. She was a 2021 scholarship recipient and performer for the international Galway Flute Festival and was featured on WHYY’s House Concert Series. She has subbed at the Fulton Theatre in their pit orchestra. She enjoys teaching the flute out of her home in Lancaster and at the Community Music School in Collegeville, PA. She additionally serves as a board member for the Flute Society of Greater Philadelphia and volunteers with the Musical Arts Society of Lancaster.
Ms. Crosby is a twice graduate of Temple University, most recently having earned her Master of Music degree, and she has obtained an additional Master of Education degree from the University of Wisconsin. She is Pennsylvania certified to teach music from grades Pre-K to 12. Her flute teachers include Ms. Diana Morgan, Dr. Adeline Tomasone, Ms. Eileen Grycky, and Dr. Lynne Cooksey. 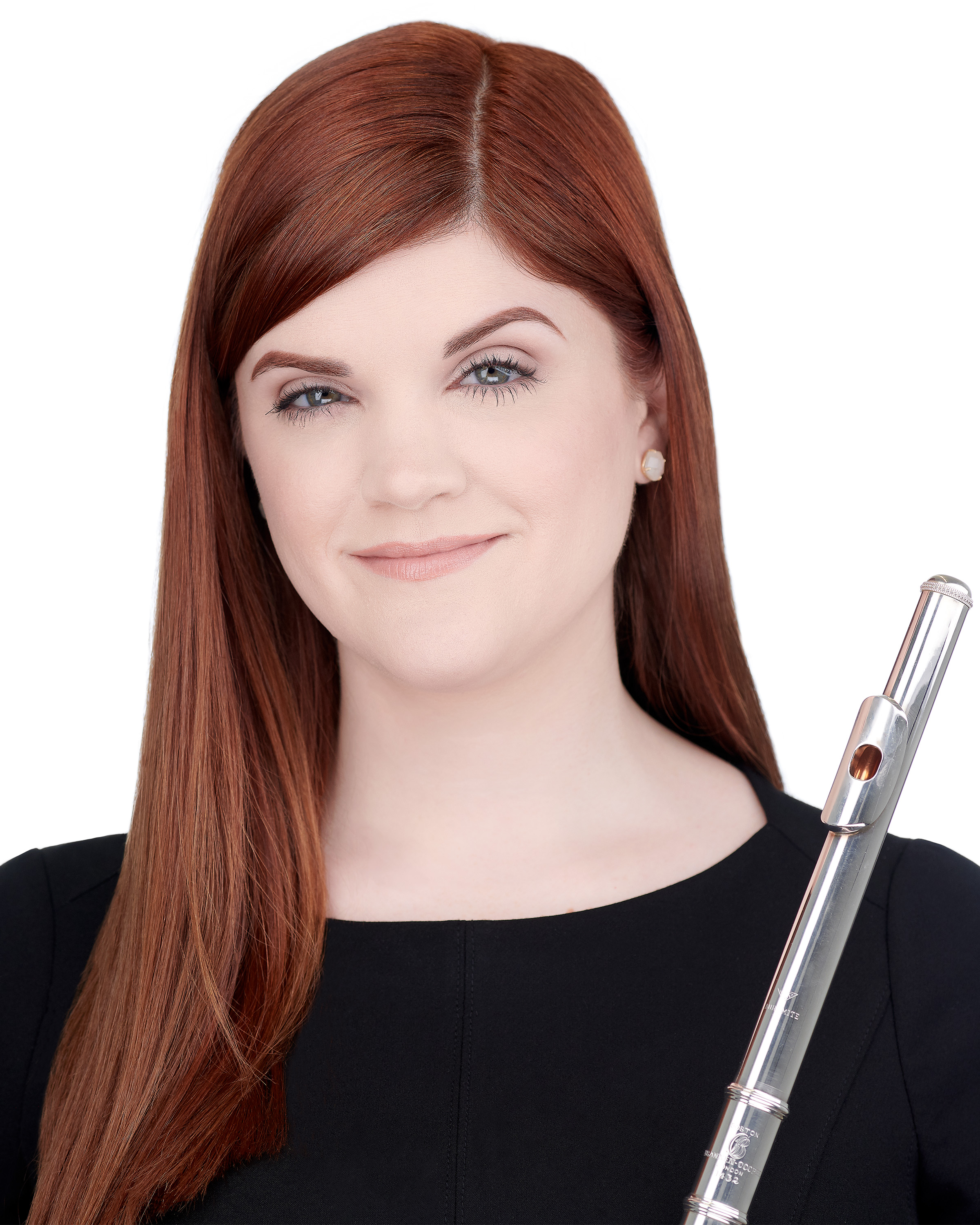 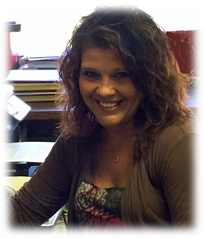 Charlene is a bookkeeper by day, a tax preparer by night. For the last ten years she has been St. Stephen’s secretary.  Now she is working as the church bookkeeper.

Jill was looking for a job change when her uncle mentioned that there was an opening at St. Stephen. “The Lord brought me here, I love my job”. 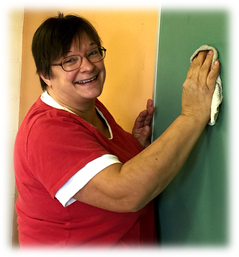 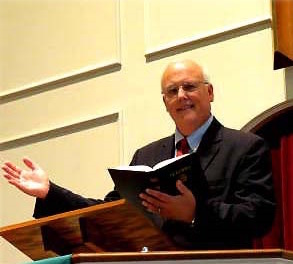 Dr. Timothy Zimmerman Witmer grew up in New Holland, Pennsylvania where he was raised in a Christian home. He attended West Chester University where he became a Christian through the ministry of Campus Crusade for Christ. After graduating with a Bachelor of Arts in Philosophy (1975) he attended Westminster Theological Seminary (Philadelphia) where he completed the Master of Divinity degree.

While at Crossroads he began his doctoral studies at Reformed Theological Seminary (Orlando). He received his Doctor of Ministry degree in 1998.

In 1999 he was invited to join the faculty of Westminster Theological Seminary where he served as the Coordinator of the Practical Theology Department.

He “retired” from his ministry at Crossroads in January of 2014 and was named Pastor Emeritus. Shortly thereafter the Lord opened the door for him to serve as part-time pastor at St. Stephen Reformed Church. His ministry at the church officially began at St. Stephen on January 1, 2015. He retired from his work at Westminster Seminary, being named Emeritus Professor of Practical Theology, and came to St. Stephen full-time on September 1, 2017.

Under his leadership St. Stephen transitioned to the Presbyterian Church in America, the historic steeple was replaced, and major steps were taken to revitalize the church

He married Barbara, his high school sweetheart, on July 26, 1975. They have three children: Sara, who is married to Joel Schuster; Rebecca, who is married to Mike Smith; and Nathan. The Witmers have seven grandchildren: Mikayla, Abbie, Kathryn, Emma, Lily, Benjamin, and James.

He was motivated to write The Shepherd Leader as he became aware of increasing numbers of congregations who were like sheep without a shepherd. His objective is to see all church leaders embrace their calling to shepherd the flock. Please click on “http://www.theshepherdleader.org” to learn more.

Mindscape: What to Think About Instead of Worrying. Crossway, 2014

The Shepherd Leader at Home: Knowing, Leading, Protecting, and Providing for Your Family

Want to learn more or ask a question?